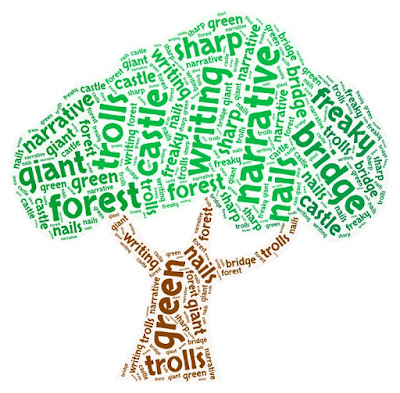 My writing group have been working on their narrative writing. They are able to explain what the components of a narrative is, which are Title, characters, setting, action, problem and the solution. All these components create the Intro, body and conclusion to a story. This week we moved from Jack and the Beanstalk to a visual piece. Which was, 'The setting'. This was to give the group thoughts of what could be written in their story. So from using a brainstorm to pull out all the words they could muster, we were able to do the Intro of their narrative. They were able to place the characters into the setting with a title they worked together and created. Our next step for next week is to write the 'action' in with the problem. Once that has been accomplished they will be able to solve the problem they created. They were very excited about this writing as it was shared writing in the beginning to then write independently. Here are some photos of them in deep thought with their creative narratives and we hope next week they will use the 'writing process' to edit and then publish for all to read.

This is Dmic in action... Our PROBLEM  On the pirate ship there are 24 pirate swords. Each pirate has 2 swords. If half the pir...